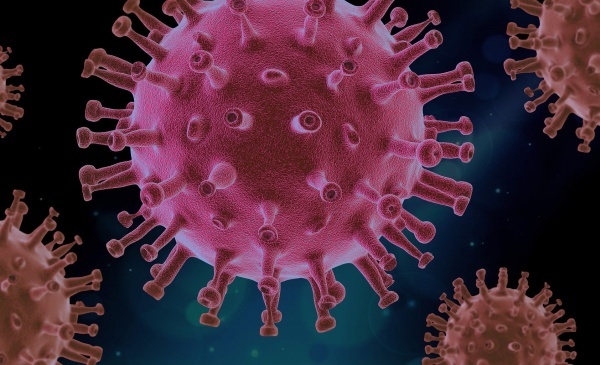 The war in Ukraine comes at the perfect time to shift focus away from the exploding vaccine efficacy narrative (Pfizer in Q4 earnings report warned investors of risks related to new vax efficacy data, and stock is crashing since mid Dec ‘21: 9 out of 10 deaths in the UK government data are vaccinated and the UK just ended its vax mandate, health insurance data shows 40% rise in deaths post vaccine rollout, DOD data shows 300-1000% rises in vax injury diagnoses).

In the Ukraine conflict only Russia has access to nuclear armaments, and the US and NATO are extremely hesitant to join in kinetic warfare for this reason, no one in the world has any appetite for mutually assured destruction. Since any war between great powers could lead to nuclear annihilation, conflict has tended to move off the traditional battlefield, with China and the US spending 100s of billions over decades developing 4th generation warfare technologies, including bioweapons.

The COVID-19 bioweapon appears perfectly designed primarily as a long term society killer and our response to it has both extended and increased its destructive capacity (lockdowns, mask and mRNA jab mandates).

Anatomy of a Pandemic

Phase 1 The virus is released – it kills a small percent up front, primarily those over 80 who were near death anyway.

Phase 2 is the societal response. In the west we have ineffective leaky lockdowns, mask mandates, vaccine development, the quashing of any and all movements to treat with effective off label protocols. Lockdowns prevent herd immunity developing and allow cross reactive immunity to wear off over 2 years, mask mandates condition the populace to self censor and lead to a 20 point drop in the IQ of children.

In China where the population skews younger, they are less affected overall by the virus that mostly kills and maims older adults. Since they have a totalitarian government anyway they institute severe lockdowns that may actually have stopped the spread of the virus. They use their thousands of years of experience developing herbal protocols promoted by the government to successfully treat and cure those infected.

Phase 3 is when the vaccine rollout kicks into high gear along with vaccine mandates. Childhood superimmunity is lost because all those injected develop acquired immunodeficiency due to “original antigenic sin” – their immune systems are stuck with the Wuhan strain, unable to adequately respond to subsequent variants. The vaccines drive the evolution of the virus – creating more contagious variants that will eventually spread the spike protein to everyone, even those who held out against vaccination.

The injection’s primary effect is to deliver the bio weapon payload, which is the spike protein causing symptomatic long COVID in at least 40% of adults and 20% of children, however many more and perhaps everyone has some degree of silent inflammation causing body wide damage, which will lead to new diseases over time, decreasing healthspans and lifespans.

mRNA injections one-upped the virus as a delivery mechanism for the toxic payload. The injected lipid nanoparticles (LNPs) bypass surface immunity and spread the injected mRNA throughout the body, passing into every organ and past the placenta in pregnant women into every organ of the fetus as well. The mRNA in the LNPs causes the entire body to become a spike protein producing factory.

The mRNA is artificially strengthened against destruction by the inclusion of pseudouridine in place of the natural base pair uridine. This means it does not degrade and has been found in vaccinees for months after injection, meaning spike protein is being produced far longer than anticipated.

Phase 4 is denial. Fauci exits stage left. A war begins and the 24 hour news cycle moves past COVID. The pandemic is over, the 40% rise in insurance death claims after vaccine rollouts is ignored. The 40% of symptomatic post COVID long haul sufferers and millions of vaccine injured are told they are imaging their symptoms and all tests are negative. Just like the government created Lyme disease in a lab on Plum Island in Connecticut and therefore the entire chronic Lyme epidemic, which was ignored by mainstream medicine for decades, ongoing long COVID and vaccine injuries are a silent epidemic, not even those suffering know what is wrong with them, and certainly can’t get help to cure themselves.

The primary debilitating effect of Long COVID and/or vaccine injuries is chronic fatigue and brain fog. Some people have no effects, others are mildly or moderately affected and some are severely affected.

Multiplied across an entire nation this has been one of the single most powerful contributing factors to the “Great Resignation” – a move out of the workforce, with young and old having less energy and less brain power to drive our national engine of economic growth.

The bioweapon attack that began 2 years ago is not over, it’s just beginning.

The hundreds of millions who were vaccinated have impaired immunity and are at great risk from new variants.

Those not vaccinated are either running out of preexisting cross reactive immunity due to other pre COVID viruses, which only lasts about 2 years, or have been infected with COVID and developed some degree of natural immunity, however new variants are breaking through all forms of prior natural immunity due to evolution powered by widespread leaky vaccines and incomplete use of off label protocols.

Future variants could be both more contagious, more deadly and for those that survive, more likely to cause chronic illness.